He is planning a new student competition about self-sufficiency

Zeev Bohbot is a teacher and Programme Director for the Degree Programme in Constructional Engineering and Design and the Degree Programme in Construction Management. He has worked at KTH since 2009 and has been thinking about organizing some form of design competition for the ABE school's students for a few years now. He has now landed in the concept Green Ice, a 48-hour design competition focused on designing a self-sufficient area.

Zeev Bohbot is an architect himself with a degree from KTH, and has spent many years on problem solving in various forms, from building plans to designs, both in Sweden and Russia. He thinks it is important that today's students get the chance to test their abiliies to solve problems early on, and on real challenges with the built environment.

Why a competition about self-sufficiency?

“There are so many different attempts at self-sufficiency, both now and historically, which is very interesting. I like the idea of ​​being humble towards nature, and to try to create a circular sustainability in planning, production and management. For example, I have been inspired by the festival Burning Man which has been held in many places in the world, and the self-sufficient thoughts about Kibbutz or similar collectives. The question is broad, it can cover anything from a family on a small farm who grow as much as possible themselves, a small community that lives more or less completely isolated from the outside world or a future vision of a self-sufficient country without environmental impact. Self-sufficiency can also be seen as part of our ability to cope with for example a major societal crisis. With the spread of covid-19, thoughts about both individuals and societies' ability to survive in isolation from the outside world have come closer to home. I have wanted to organise a student competition for several years, and so I thought that if we focus on sustainable self-sufficiency within certain parameters, that would be an interesting, and current, challenge for our students. It is not possible to be 100% self-sufficient, but to what extent is it possible? I think the students will be able to come up with really exciting sustainable ideas and creative solutions. ”

What is the competition about?

“The competition task is not completely defined, but to some extent the space to interpret the task will be part of the challenge. As mentioned, self-sufficiency is a broad issue and the idea is that the students should have the opportunity to be very creative. We want innovative proposals, so the task will be relatively open, within a certain given framework. We imagine that everyone should focus on a place in a smaller area (approx. 1 km²), with a population of approx. 360 people per km², which is comparable to Stockholm. Stockholm is Sweden's most densely populated region, if we can create a working idea for a high degree of self-sufficiency here, then we can do it anywhere in Sweden. The students will work in teams of about 4 people and the task is to produce a proposal for how this place should be designed for self-sufficiency. We will of course need to give them maps, connection to some form of surveying service, access to the various tools and digital services available in the DiSa lab. Then it's up to the team to work during the hours that the competition takes place! ”

The idea is that the competition will be conducted for 48 hours straight in the DiSA lab at Teknikringen 78 (formerly the BIM lab). Zeev has long wanted to do something for the students in the BIM lab, which previously belonged to the Division of Constructional Engineering and Design. The lab, which has now been refurbished, will soon be launched under the new name DiSa (The Lab for Digital Built Environment, Digital Samhällsbyggnad) with new software and hardware, among other things. 3D glasses and advanced scanners. During the competition, students will have the chance to use the equipment themselves with the support of an member of staff to guide them.

“I have been talking about doing some kind of event or competition in the BIM lab for several years, and I want the students to have more chances to experiment with the equipment themselves. Now that the lab is equipped with additional tools and hardware, there are of course even greater possibilities. Therefore, it feels extra fun that we are about to concretize this competition now! It will be an open competition for all students at the School of Architecture and the Built Environment. The language of the competition entries will be optional, Swedish or English. Each team must consist of students from different departments / educational programmes, and the idea is both to create networks and an interdisciplinary thinking in the execution. I strongly believe in getting students to collaborate with each other across educational boundaries. One idea I have is to also carry out some kind of mingle event when we present the competition so that the students get the chance to find each other and put together a strong team with different skills and backgrounds”.

In the current pandemic, it is difficult to organize both mingling and physical gatherings. But Zeev is hopeful that it will be possible to host the competition in the Lab this autumn.

“We hope to be able to carry out the first competition during the autumn term, and to be able to be in place in the DiSa lab. I think there will be a very pent-up need for all of us, students and employees, to see eachother and discuss together when it is possible again! The idea is to also produce an exhibition of the various contributions afterwards so that more people will have the chance to see the different ideas. We intend to end the competition with a presentation of each design, then the team submits their documentation and we help out with making it a physical exhibition with posters afterwards. That way no team needs to feel like they lost, everyone's contribution will be on display and highlighted! ”

What is the purpose of the project?

- “Primarily, I would say that is the sustainability aspect. That will be the great focus of the competition. It is not possible to design a self-sufficient place that is not also sustainable, that would quickly fall apart! I think it is important that students get the chance to work very concretely with different parts of the sustainable built environment, it is a knowledge and experience they need to bring into their future professional roles. Then another purpose is also to create networks and collaborations, to allow students with different educational backgrounds to do things together. There is a need for architecture students and construction students to find each other, they can really strengthen and develop their skills together. I see it as part of creating One KTH, or One ABE (School of Architecture and the Built Environment). We are also reviewing the possibility for the competition to be given as a course, and perhaps give e.g. 1.5 credits. It would further encourage students to participate."

What is the next step?

“I have presented the idea for Samhällsbyggnadslänken and they are interested in being part of the project. The next step is to build a project group around this. Right now everything is still a bit unclear and we need to sit down and plan concretely, define a schedule, etc. I look forward to really concretizing these thoughts, to make sure that it will happen. The first time we will carry out the competition internally at the school, but next time we may be able to expand to more parts of KTH, or nationally with other universities as well! I hope it can become an annual event with different themes.” 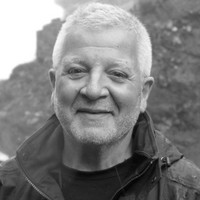 This is the second in the School of Architecture and the Built Environment's new series of articles on selected research, education or collaboration initiatives from each department. You can find the previous articles here:

News at the department of Civil and Architectural Engineering